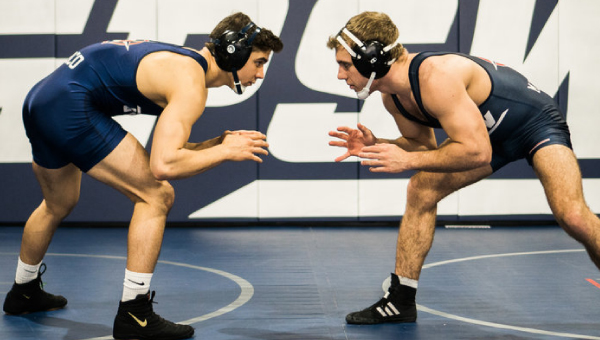 GENERAL INFORMATION
• Wrestling is one of the original Olympic sports and 16 medals are competed for at each Olympic event.
• It is one of the oldest sporting events known to man and in the last few years has seen a greater participation by females in the sport.

WHAT IS IT?
It is a world wide, highly technical sport divided into three distinct styles:
• Freestyle – where all parts of the body can be used when competing
• Greco-Roman – where hold above the waist only are permitted
• Folk Styles – styles that are done in particular countries only and generally have a very long history.

WHO CAN DO IT?
People of any size, male or female. The sport particularly sits the smaller person who often find it difficult to compete in sports where a lack of height and weight maker it difficult for them to compete.

WHAT WILL YOU NEED?
To start – shorts, t-shirt or rugby jersey, socks sandshoes/sneakers, and a towel.
Later – more specialised gear can be purchased such as wrestling boots, headgear.

HOW DO YOU DO IT?
One competitor is allocated blue, the other competitor is allocated red. By attempting various techniques including throw, takedowns, ground work etc a competitor will score points when their opponent is placed in various situations on the wrestling mat. A pinfall (when both shoulders are on the mat for one second) would end a match immediately regardless of time gone. Otherwise a wrestler can win on points. The rules ensure that a wrestler is always responsible for the safety of their opponent – Eg. no heavy dumps from a height, no damaging arm locks or strangles etc.

HOW LONG DOES A MATCH LAST FOR?
A match lasts for two rounds. Each round can vary from 2 minutes to three minutes depending upon the age of a wrestler.

WHAT CAN WRESTLING DO FOR ME?
Wrestling will improve:
• Balance
• Speed
• Agility
• Flexibility
• Power
• Technique
• Determination
• Strength
• Confidence

Your turn to make a move

Get in Touch to Book Your FREE TRIAL CLASS

Learn the technical skill of your choice and benefit from
Increased Physical Strength, A Healthier Body, Added Stamina & Endurance