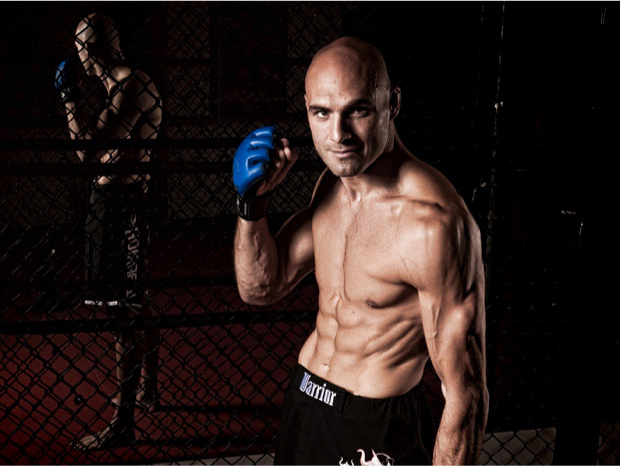 Jason Heit has a combined boxing, kickboxing and MMA ring record of 42 wins, 5 losses, with 34 knockouts.

Jason is also a certified ISKA Referee and COMMAND Judge.

Jason Heit had many great coaches through his career he would like to credit for his knowledge of the sport:

Jason Heit was born with a boxing bloodline. Family members Tony LaBarbara and Tony Ventura were successful professional fighters based out of his hometown Buffalo, New York. Jason moved to Victoria in 1988. His first competition was in the 1990 Island Tough Man Contest which he won at 17 years old by knocking out 3 men in one night. After winning the Island Tough Man Contest he began competing in amateur boxing.

Coached by Donny Orr Sr. and Mike Caird Jason quickly tore through the Canadian amateur ranks winning bronze gloves, silver gloves, golden gloves, the diamond belt, the B.C. provincial light-heavyweight title, and the Canadian Light-Heavyweight title by knocking out all his opponents in the 1995 provincials and Canadian Nationals. He then went on to represent Canada in the 1995 Pan-American Games and the 1996 AIBA Multi-Nation International Olympic Qualification Tournament earning an Olympic berth for Canada.

In 1996 he moved to Los Angeles to train under Royce Gracie. After receiving his blue belt from Royce he moved to Duncan where he opened a small gym and began teaching. One of his students from this gym, John Allessio has since gone on to win titles in The King of the Cage, Hawaiian Superbrawl, TKO Challenge, Gladiator Challenge, WEC, and fight in the UFC against Pat Millitech, Diego Sanchez and Thiago Alves.

In 1999 he moved back to Los Angeles to start his pro boxing career. Training at Freddie Roach’s famed Wild Card boxing by day and working security at night he was recruited to run the security at the famed Whiskey Bar and the The Standard Lounge. It was here he met actor Burt Young (Paulie from Rocky). Burt managed Jason with famed boxing manager Lou Duva. Jason climbed the rankings to the number 3 professional cruiserweight in Canada before retiring from professional boxing after receiving lucrative job offers for close protection work. He retired from boxing in 2002.

He was now able to focus on his security career; he left the nightclub industry and began his career in close protection looking after clients Drew Barrymore, David Duchoveny, Nicholas Cage, Russell Simmons and a two year world music tour with Robbie Williams.

In 2007, Jason Heit moved back to Victoria to achieve his goal of opening his gym and pass on his knowledge of martial arts.

In 2008 Jason signed with the Maximum Fighting Championships and remains undefeated in MMA.

Jason Heit founded the Armageddon Fighting Championships (AFC) in 2008 and after a successful appearance on CBC’s Dragon’s Den the AFC promoted many successful televised amateur and professional events across Canada that launched the careers of many athletes that went on to fight in the Ultimate Fighting Championships. He currently still promotes boxing, kickboxing and MMA events that gives local athletes the opportunity to compete.

“Martial arts have brought incredible experiences, people and lessons into my life. It is my passion and I hope to open this door to others to share my knowledge of this wonderful art. I have now retired from competition and have moved into my role as a trainer.” – Jason Heit

Jason is the lead instructor for our boxing and MMA programs and is also available for personal training.